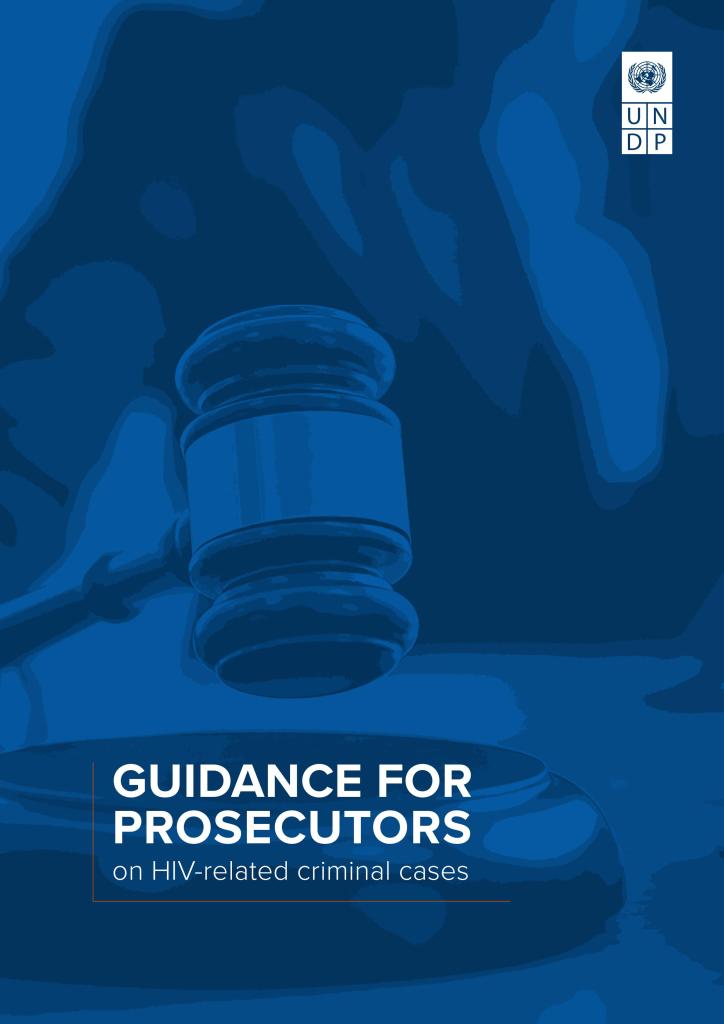 Download: English / Français / Русский
The Global Commission on HIV and the Law called on countries to repeal punitive laws, policies and practices and enact protective ones to promote public health and human rights for effective HIV responses. It also called on countries to ensure that whenever HIV arises in the context of a criminal case that the process is informed by the best available scientific evidence. There is mounting evidence that an overly broad use of the criminal law and of similarly coercive and punitive measures in relation to HIV and other infectious diseases, is not effective public health policy, and in fact can do more harm than good.

This Guidance is addressed specifically to prosecutors, given the essential role they play in limiting the misuse of criminal law by discharging their professional obligations with full regard to science, human rights and the public interest. The Guidance presents 10 key principles that should assist prosecutors in handling a prosecution – or potential prosecution – involving an allegation of HIV non-disclosure, exposure or transmission. Each principle is accompanied by a more detailed commentary examining the specific application of the principle by prosecutors during their handling of a potential or ongoing prosecution. It is also intended as a resource for lawmakers who legislate, judges who interpret laws and adjudicate these cases, public defenders and defence lawyers who represent those charged under these laws, and people living with HIV who bear the brunt of HIV criminalisation.