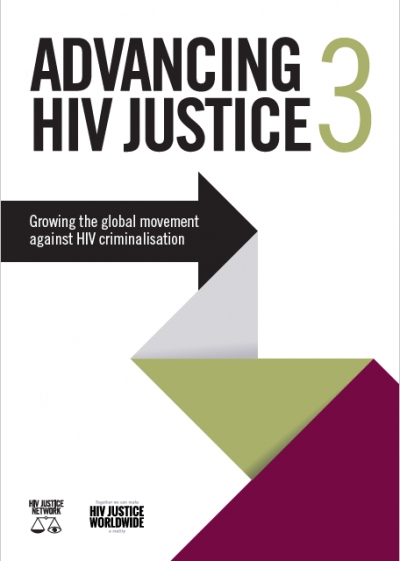 A new report published today (May 29th 2019) by the HIV Justice Network on behalf of HIV JUSTICE WORLDWIDE provides clear evidence that the growing, global movement against HIV criminalisation has resulted in more advocacy successes than ever before. However, the number of unjust HIV criminalisation cases and HIV-related criminal laws across the world continue to increase, requiring more attention, co-ordinated advocacy, and funding.

HIV criminalisation describes the unjust application of criminal and similar laws to people living with HIV based on HIV-positive status, either via HIV-specific criminal statutes or general criminal or similar laws. It is a pervasive illustration of how state-sponsored stigma and discrimination works against a marginalised group of people with immutable characteristics. As well as being a human rights issue of global concern, HIV criminalisation is a barrier to universal access to HIV prevention, testing, treatment and care.

During our audit period, there were at least 913 arrests, prosecutions, appeals and/or acquittals in 49 countries, 14 of which appear to have applied the criminal law for the first time. The highest number of cases were in Russia, Belarus and the United States. When cases were calculated according to the estimated number of diagnosed people living with HIV, the top three HIV criminalisation hotspots were Belarus, Czech Republic and New Zealand.

Progress against HIV criminalisation is the result of sustained advocacy using a wide range of strategies. These include:

We would especially like to acknowledge the courage and commitment of the growing number of advocates around the world who are challenging laws, policies and practices that inappropriately regulate and punish people living with HIV. Without them, this report would not have been possible.