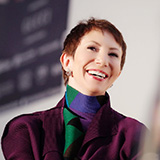 Shereen El Feki: Time’s up for bad laws on HIV

Earlier this month, four decades of global efforts to develop a vaccine for HIV received a boost with encouraging news from a new clinical trial. It is early days yet, and too many hopes have been raised and dashed by “exciting breakthroughs” in the past. Nonetheless, this experimental shot shows enough promise to move into wider testing among 2,600 women in sub-Saharan Africa.

The trial is focused on women because they remain at the sharp end of HIV. While progress on the global epidemic has made tremendous strides in recent years, young women and adolescent girls are still falling behind; they account for roughly 60 percent of people living with HIV and a similar proportion of new infections. Even harder hit are certain groups, among them young sex workers, women who inject drugs, and transgender women.

Six years ago, I joined the Global Commission on HIV and the Law to examine how such stigma and discrimination are affecting the global response to HIV. Such attitudes and actions are grounded in ignorance and prejudice, and reflected in laws and policies. We received testimonials from over 700 people with direct experience of the law—making and breaking it—in more than 140 countries. Our landmark report, Risks, Rights, and the Law, laid bare the challenges that women and girls face. Six years on, our update, launched at the International AIDS Conference in Amsterdam, clearly shows how this vulnerability has increased, driven by conservative policies and fuelled by a mix of right-wing populism and religious fundamentalism around the world.

Fixing bad laws and policies on HIV is far from rocket science, but it does take a clear head and keen eye for the big picture, with its sometimes subtle features that disproportionately affect women and girls. Women who use illegal drugs are assumed in too many communities to be unfit mothers, and run the risk of losing their children in several countries around the world. This fear may push them underground, steering clear of clinics where they should be able to access HIV prevention and treatment. Similarly, laws that criminalize mother-to-child HIV transmission put women in a position where they have to choose between having a child and facing prosecution—an impossible dilemma that violates their health and fundamental human rights. To be clear: laws that punish people living with HIV or the practices that may put them on the frontlines of infection need to be scrapped.

Healthcare reform is key to improving the lives of women and girls at risk of HIV. Countries must ensure that sexual and reproductive healthcare services are provided within national health systems and available to everyone, including people who are infected. In some cases, women with HIV are forced to undergo sterilization or abortions—violating their human rights and putting their lives at risk. In countries where abortion is illegal, women and girls often skip the health system and instead resort to unsafe terminations, missing a key opportunity for the HIV testing and treatment services that could save their lives.

Expanding the range of services offered through the health system is only part of the story. Governments must also promote laws and policies that recognize women as equal members of society, and rescind those that perpetuate gender inequality and discrimination. Many countries still turn a blind eye to violence against women, although we know that in places where such gender-based violence goes unpunished, women have a higher risk of being infected with HIV.  And the best-laid legal reforms are too often blunted by poor law enforcement, or restrictions on women’s rights advocates, who are central to raising awareness and helping women and girls to access justice.

Six years ago, our Commission was hopeful for the prospects of improving the legal environment on HIV. Indeed, there have been remarkable steps forward; almost 90 countries, for example, have repealed or reformed laws in line with our recommendations, among them Mozambique, which decriminalized unintentional HIV transmission and the Seychelles which struck laws against consensual same-sex relations from its books.

But, for every action, these days, there seems to be a reaction, be it the United States’ reinstatement of the Global Gag Rule or Russia’s crackdown on LGBT populations. Women and girls are often the first casualties of this pushback—now, more than ever, we need to call time’s up on the laws and policies which give HIV a fighting chance.

Shereen El Feki is an associate fellow at the Centre of Global Health Security, Chatham House, and Vice-Chair of the Global Commission on HIV and the Law.