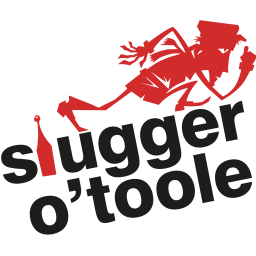 With the DUP once again sliding into a comfortable majority and the law to further criminalise sex work due on June 1st, there has never been a more pertinent time to look at sex workers’ rights in Northern Ireland.

We don’t have rights, but that’s about to change. As sex workers on the front line we know the damage that the forthcoming law will do. Sweden has the highest number of rapes in Europe, sex workers are being made homeless, assaults and other crimes against sex workers are at an all time high and the most vulnerable cannot be reached by support services for outreach and condom distribution. Were that to be any other group of people denied rights, there would be outrage. But because we sell sex, that somehow lowers us on the social strata and the stigma we feel in Northern Ireland is higher than anywhere else I’ve ever worked in Europe.

We know that stigma kills, that’s why there must be change, and quickly.At Sex Workers Alliance Ireland we look to the decriminalisation model of New Zealand as being as near to perfection as there is. Sex workers in New Zealand have labour rights and are permitted to work together for safety. In Northern Ireland, if two women work together in an apartment for safety, then potentially, they can be arrested for “pimping” from each other whilst still being deemed “vulnerable victims” by the State.Indeed, it is this nonsensical law which stops a lot of sex workers coming forward to report crimes against them. They believe that the PSNI will go on to target their homes, but with two new police liaison officers in place I am working at rebuilding a relationship built on trust between sex workers and police. After all, we are on the same page with a view on harm reduction.

Why decriminalisation as opposed to legalisation ? The debate in Northern Ireland has been derailed constantly with referrals to Germany and Amsterdam where prostitution is legal. But that’s not the model we’re seeking, as there are problems in Germany for example with the announcement of possible forced STI testing and counselling too. It is up to each individual sex worker to devise their own care plan, State intervention denies us agency and treats us like cattle. It’s also not helpful to refer to 127 deaths in Amsterdam when some of the women concerned weren’t even sex workers and a sizeable proportion of the murders took place when the women were working alone and vulnerable, BEFORE legalisation came in.

So what does decriminalisation do for one of society’s most marginalised groups ?

– Respect for human rights and dignity
– Reduces violent incidences and fear of violence
– Increases sex workers’ access to justice
– Increases sex workers’ access to services and supports
– Promotes safer work conditions for sex workers
– Reduces health risks including the risk of HIV
– Challenges stigma and discrimination against sex workers
– Does not increase the numbers involved in sex work
– Facilitates more effective responses to trafficking and exploitation
– Recognises the choices that many women, men and transgender people make and provides protections for rather than limitations to those choices.

A recent report from Sweden shows that the number of purchasers of sex has not changed since the inception of the law. Ergo, the law has failed in it’s initial attempt to “end demand”. I can’t let Northern Ireland become a failure too.

In the end, rights are not won in university or even television debates, nor on social media. Rights are won through the courts and that is why I will raise a challenge in the High Court in Belfast which may go all the way to Strasbourg. Sex workers deserve the right to work in safety and I will not let them down, unlike 81 politicians in Stormont.

Laura Lee is a sex worker and a sex workers’ rights campaigner. You can find her on twitter @glasgaelauralee