Zero Discrimination Day: a call for freedom, equality, and inclusion

Zero Discrimination Day: a call for freedom, equality, and inclusion 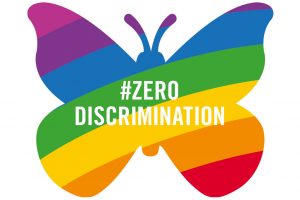 Zero Discrimination Day is an international call for freedom, equality and ending exclusion. This day, and every other day, for effective HIV and development responses we must work towards creating a world that is free from stigma and discrimination.

Without the accurate identification, they are unable to access even the most basic of services that they are entitled to, such as HIV treatment, prevention and care. This leaves them vulnerable to further discrimination and violence. From January 2008 to December 2012, there were 1,123 reported killings of transgender people in 57 countries worldwide.

There has been some progress through the follow-up to the work of the UNDP-led Global Commission on HIV and the Law. In 84 countries across the world, UNDP is working with government, civil society and UN partners to address the finding and recommendations of the Global Commission. Another example of progress is the “Being LGBTI in Asia” dialogue, held 26 – 27 February 2015. The dialogue brought together governments, development partners, private sector and civil society representatives from Asia and the Pacific, to deliberate on human rights advancements for lesbian, gay, transgender and intersex communities and to strengthen the movement for social and legal change across the region.

However, there is more that can be done. In 1950, the Universal Declaration of Human Rights was adopted by the United Nations General Assembly. This declaration sets out human rights commitments for all peoples and all nations. We are all accountable for enabling legal and social environments with evidence based laws, policies and practices firmly grounded in human rights.

And we are all accountable for lifting the yoke of stigma, prejudice and discrimination and promoting inclusion and compassion. The time has come to realize zero-discrimination for all.