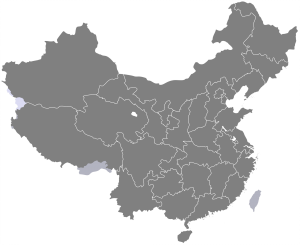 Representatives from government, academia and community based organisations met in Beijing this week for a consultation on HIV and the law. The meeting, organised by the United Nations Development Programme (UNDP), China’s Renmin University, and the China Red Ribbon Beijing Forum on HIV and Rights, looked at the positive and negative impacts of existing laws on China’s response to HIV. Particular focus was given to populations most affected by HIV, including men who have sex with men, sex workers and people who inject drugs. The meeting was held at China’s Renmin University, and with support from UNAIDS, the Joint UN Programme on HIV/AIDS.

Speaking at the opening of the meeting, UNDP China Country Coordinator Christophe Bahuet emphasized the importance of focussing on the role of the law in the response to HIV: “some laws, especially punitive ones, obstruct progress, while laws that empower women, protect affected populations, fight stigma and discrimination, and allow evidence-based prevention programmes are powerful instruments for public health, development and human rights”. Dr. Wang Longde, former Vice Minister of Health and chair of the Red Ribbon Forum Steering Committee, also spoke at the opening of the meeting.

The law review meeting, which will wrap up on Tuesday, will feed into a consultation a report. This report will highlight positive and negative aspects of relevant legislation, and provide constructive recommendations on how legislation can strengthened the national response to AIDS in China. The report will place particular focus on how laws and policies can affect the response to HIV amongst key affected populations, who experience higher risk of HIV infection. Ms Lan Lan, a representative from the China Sex Worker Network, explained how laws and policies on sex work, as well as the way in which laws are implemented, can hinder the response in this area. “In many cases, police use possession of condoms as evidence of sex work, particularly among low-income sex workers, who are particularly vulnerable to HIV. As a result, many sex workers are reluctant to use condoms with their clients, for fear of arrest or detention.”

“China has made considerable progress in its response to HIV”, said Hedia Belhadj, UNAIDS Country Coordinator for China, speaking during the meeting, “however we are seeing worrying trends in new infections amongst key affected populations, particularly men who have sex with men and low-income sex workers. The law can serve as a powerful tool to address discrimination, protect rights and thereby expand access to services amongst these groups, driving progress in the response forwards.”