Right to health, right to life – high-level meeting on HIV and human rights

Right to health, right to life – high-level meeting on HIV and human rights 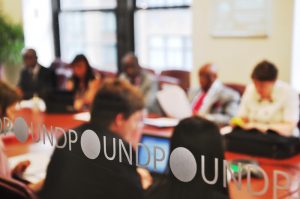 Human rights are essential for the response to HIV. “Right to health is right to life” – with this motto a high level meeting on HIV and Human Rights, organised by the EU and UNAIDS, took place in Brussels on 27-28 May.

The meeting united representatives of the European Institutions, civil society, national governments of EU member states and countries of the EU neighborhood, as well as intergovernmental agencies involved in the global response to HIV.

Participants discussed the importance of human rights for national and regional responses to HIV, success stories and challenges from the EU neighbourhood, the role of the European Union in supporting processes related to promoting and strengthening human rights of people living with and affected by HIV, as well as the role of the international community.

Cihan Sultanoglu, UNDP Assistant Administrator and Regional Director of Europe and the CIS, chaired a session dedicated to stigma and discrimination – and their impact on HIV in the region. Other panelists included Dr. Andrei Usatii, Minister of Health of the Republic of Moldova, Morten Kjaerum, Director of the EU Fundamental Rights Agency, and Jekaterina Voinova of the Estonian Network of People Living with HIV. Ms. Sultangolu reiterated that – despite constitutional and legal guarantees of equality in the region – stigma and discrimination against people living with HIV still persists.

This in turn has direct negative impact on the lives of people, as well as on the success of national HIV-responses. She recalled the work and conclusions of the Global Commission on HIV and the Law on stigma and discrimination, as well as the issue being addressed at follow-up national dialogues organized by UNDP in Moldova and Ukraine. Sultanoglu stressed that a lot remains to be done, especially given the worrying legislative developments in several countries in the EU neighborhood, which may affect key populations most at risk of HIV infection.

In his report, which deals with providing a supportive legal framework, Minister Usatii acknowledged UNDP’s contribution to addressing human rights issues in the context of HIV. His report tackled Moldova’s successes and challenges in this area.

Morten Kjaerum elaborated on layers of stigma and discrimination. He also spoke of the research supported by European Union Agency for fundamental rights (FRA) which talks about the origins of stigma and discrimination and gives recommendations on how they could be adequately addressed. Jekaterina Voinova elaborated on the work the Estonian Network of people living with HIV has done on exploring and advocating against stigmatization in her country.

She also provided examples of best practices that could be reproduced in the region. The participants concluded that better monitoring of cases of stigma and discrimination in the EU and EU neighbouring countries – together with concerted efforts in combating them in areas such as employment, healthcare, sexual and reproductive rights, education, social protection, housing and freedom of movement – are instrumental for scaling up national responses to HIV, and upholding and fulfilling the human rights of people living with HIV.