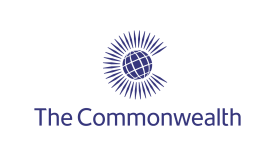 In a move significant to the global AIDS response and the implementation of the recommendations of the Global Commission on HIV and the Law, on 19 December 2012, Heads of Government of Commonwealth countries completed the process of agreeing to and adopting recommendations of the October 2011 Report of the Eminent Persons Group, ‘A Commonwealth of the People: Time for Urgent Report’. Covering a broad area of social, political and economic issues, the 2011 Report of the Eminent Persons Group aimed at strengthening and improving the effectiveness of the Commonwealth’s institutions and maintaining its relevance in the 21st century. The report noted, “The Commonwealth has to focus fresh attention on violations of human, political and civil rights if it is to continue to command attention on behalf of its member states and retain the respect of its own people.”

Recognizing the critical importance of HIV, the Eminent Persons Group (EPG) stressed, “…HIV/AIDS is so massively damaging to the health of millions of Commonwealth people and to the economies of Commonwealth countries that member states must take national action even as they work together in the international community to influence global measures to tackle the problem…” The Commonwealth of Nations, a multilateral organization counting 54 members states, accounts for more than 30% of the world’s population and more than 60% of the global number of people living with HIV. UNDP, in its capacity as the Secretariat of the Global Commission on HIV and the Law, supported evidence based advocacy to influence the HIV-related recommendations of the EPG’s report. As a result, through its recommendations, the EPG has called on governments of the Commonwealth to take action in abolishing discriminatory laws that hinder effective responses to the HIV epidemic as well as laws restricting access to life saving HIV medicines. For example, criminalizing aspects of sex work or adult consensual same sex behaviour can result in reduced access to HIV care, treatment, support and prevention services for key affected populations. Two recommendations with particular relevance to the work of the Global Commission on HIV and the Law were among those recently adopted, with comments:

Rec No 60. Heads of Government should take steps to encourage the repeal of discriminatory laws that impede the effective response of CW countries to the HIV/AIDS epidemic, and commit to programmes of education that would help a process of repeal of such laws. Comment: Member governments have the discretion to identify which, if any, laws are considered discriminatory, and the steps deemed appropriate to address these. Rec No 61. Heads of Government should consider the implications of the global laws regarding intellectual property protection (patents) for CW countries that face the HIV/AIDS epidemic. They should ensure protection of the flexibilities provided in the Trade and Intellectual Property Service Agreements (TRIPS) of the World Trade Organization in the context of new obligations that are imposed, or may be proposed, by bilateral free trade agreements and by the current negotiations of the Anti-Counterfeiting Trade Agreement (ACTA). Comment: The Anti-Counterfeiting Trade Agreement (ACTA) negotiations have been completed since the EPG recommendations were made.

Moving forward it will be important for member states to put their adoption of recommendations into action. As current Chair-in-Office of the Commonwealth of Nations, Australia has pledged support to continue to work closely with member states and Commonwealth organizations in achieving their commitments. Additional information and future developments can be found at the Eminent Persons Group website: http://www.thecommonwealth.org/subhomepage/228488/home/