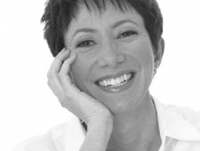 By Dr. Shereen El Feki, Vice-Chair, Global Commission on HIV and the Law, in The Huffington Post

How good laws help, and bad laws hamper, the global response to HIV. 24 July 2012 – I was sitting in a hotel in Pretoria, South Africa, and the young woman beside me was weeping. With good reason: Nontobeko Dlamini, from Swaziland, had been sterilized, without her consent, because she is infected with HIV. “My doctor was angry. I had broken his trust when I said I was pregnant,” she said. “Women with HIV are not any point expected to fall pregnant,” she continued. “So I was sterilized. I was the bad woman. I was HIV-positive.”

Under local law, Nontobeko is considered a minor, so her husband signed the consent form to her sterilization, without understanding its content, she says, or consulting her. In a culture that prizes childbearing, Nontobeko is no longer fit for purpose on this count. “I was never going to give [my husband’s family] a boy. That was a problem on its own: more violence [from the family] and a license to my husband to start cheating on me, publicly, because I could not give him a son. I was this useless woman who had HIV.” Sadly, Nontobeko’s experience is far from unique, and even more disturbingly, far from the worst injustice meted out to people living with HIV, and those at greatest risk of infection. I know, because I’ve heard from hundreds. The Global Commission on HIV and the Law, of which I am a member, was set up two years ago by agencies of United Nations to look at how law — from legislation on the books to law enforcement on the streets — is affecting the global response to HIV. We received testimonials from over 700 people on the sharp end of the law — making and breaking it — in more than 140 countries. There is a sobering consistency to their stories: pregnant women at risk of prosecution for passing the virus to their children under overly broad laws against HIV transmission; men-who-have-sex-with-men and female sex workers subject to arbitrary arrest and abuse by police; people who inject drugs thrown into detention, denied clean needles or substitution therapy to help them reduce the harms that come with their habit; migrant workers tossed out, like broken parts, from countries with laws which ban the entry of, or deport, foreigners with HIV; people living with HIV deprived of the medicines they need because of intellectual property laws which put prices out of reach.

These diverse laws, across multiple legal systems, have one thing in common: by punishing those who have HIV, or the practices that may put them on the frontlines of infection, they only serve to drive people further away from disclosure, testing and treatment — fuelling, not fighting, the global epidemic. Such laws need to be scrapped. This is the bottom line of the Global Commission’s findings and recommendations, presented this week at the XIX International AIDS Conference in Washington, D.C. Our view is not just wishful, liberal thinking. It is based on 18 months of research and analysis, informed by an advisory group of almost two dozen experts in law, public health and human rights from around the world. Based on the assembled evidence, the Commission has reached a wide range of conclusions on what needs to be done to make law an ally in the global response to HIV: Intentional and malicious transmission of HIV is best prosecuted by existing laws on assault, homicide or bodily harm, rather than the special HIV criminal statutes that have sprung up in recent years and that sweep up those to whom they should never apply. Laws against gender-based violence and towards the economic empowerment of women are badly needed, and need to be enforced, to reduce women’s vulnerability to HIV. Existing intellectual property laws require a complete overhaul when it comes to pharmaceuticals, to ensure that the interests of public health are balanced against the drive for innovation, and that the best new medicines for HIV are available to all.

Laws that punish drug use or sex work or same-sex relations or transgender identity do little to change behavior and a lot to deter people most at risk of infection from taking measures to protect themselves, and their communities, from HIV. A number of countries are already making a change for the better. Finland, Norway and Denmark, for example, are presently reviewing their laws which criminalize HIV transmission and exposure; Guyana and Fiji have already rejected criminalization as ineffective public health policy. While laws punishing same-sex relations have sprouted across sub-Saharan Africa, Malawi’s president recently announced she would work to decriminalize homosexuality. And a number of countries are rethinking their policies on HIV and travel, notably China and the U.S. which have, in recent years, lifted their restrictions.

These are just a few examples of recent legal reforms. But such change takes time, particularly when laws are shaped by conservative religious interpretations. In the meantime, though, there is plenty to do. Changing policing practices is key — so that, for example, outreach workers who are handing out condoms to populations at risk of HIV are not themselves harassed, and like the people they are trying to help, subject to arrest or abuse. Judges can be trained to find flexibilities in existing law, and to rule on the side of protection and tolerance rather than prejudice. Prisons can be retooled so that HIV prevention and harm reduction are available to inmates. Civil society must be strengthened to help raise awareness among people living with HIV, and those at risk, of their rights, and to ensure they have access to legal services and redress through the courts. And we can work with communities to shift interpretations of religious or customary law that are too often invoked to justify punishment and fuel stigma and discrimination.

Three decades into the global epidemic, we are finally coming to grips with HIV. New infections, and deaths from AIDS-related causes, are declining in most parts of the world. Millions of people — rich and poor — are on now on anti-retroviral therapy to keep their infections in check. New science is yielding not only new drugs, but new methods of treatment to stem the spread. A vaccine, or a cure, for HIV is still out of reach, but with its prescriptions, the Global Commission is hoping to offer some relief from today’s rash of bad laws. For more information, see www.ted.com/talks/lang/en/shereen_el_feki_how_to_fight_an_epidemic_of_bad_laws.html.